Chao-dynamics and going beyond goals

You are here: Home / Blog / Uncategorised / Chao-dynamics and going beyond goals

Going beyond Management by Objectives
It has been eloquently argued (Susan David, D Clutterbuck, D Megginson, et al, in Beyond Goals 2013) that the many elaborate virtuous ideas of coaching – often using sophisticated goal-theory models – mask what we should be doing by recognising life and work’s “elegant non-linearity” ie that life’s solutions themselves emerge from within the coaching relationship, and that the track that is followed can have many ups and downs and twists and turns, and may not have a specific destination in the way that linear models and coaching contracts often presume, but rather that the journey itself is the empowering and enriching thing, and the conversation enables this journey to develop.
In the increasingly “normalised” VUCA world in which we live, this dilemma is more and more central to our lives.

No curriculum
I have found the prescriptive models and discrete-point “stages” of coaching certification to be unhelpful as they generally consider processes to be pre-determined; but they are not, every person has their own inner syllabus that they are working out as they go along; there is no “correct syllabus” or “curriculum” that the coach can apply to how this conversation develops.

I work instead with either skills training approaches or learning by acquisition where there are specific desired outcomes, otherwise with a chao-dynamics approach which allows insights to emerge in their own natural way within the available boundaries. Every energy-rich system tends to overload – and to disruption and ultimately to decay – unless the question to be explored, today, is manageable; goal-theory coaching fails to understand that any overload of data can contribute negatively to create yet more destabilisation.

Dynamic systems
Dynamic systems rely on self-regulation and the notion of “emergent goals”, not fixed performance goals but mastery goals. Mastery mindsets are akin to those gained by people acquiring skills in a variety of contexts, whether sport, language, arts, music or cookery. Chao-dynamics when experienced in workshops provide insights into the embodied nature of disruptive actions and policies and allow for a system-wide readjustment of perspective on a personal, team, organisational and even societal level. They allow us to open discussion of what really matters, and escape the misleading fixed- or contracted-goals route which can negatively become a crutch by which to avoid what may be – albeit possibly painfully – a beneficial discovery.
This kind of “mastery mindset” allows us to embrace negatives as useful data and acts towards an emergent opportunity for serendipity. It involves a generative approach, one that leads to self-concordance and congruent adjustments of understanding.

New paradigms for complex times
Chaodynamics provides a Metasystemic perspective, a wider horizon with wider boundaries and what has been termed PTC “Perspective-Taking Capacity”. As such it addresses “self-talk” in the system and in the individual.  All systems create identities and meanings for their own behaviour, in a cultural and metaphorical sense. There is always a set of values, mission-statements, core beliefs and self-identification which ultimately is the “true identity” of that system. Often, these values are considered sacrosanct and are not open for debate or even gentle exploration….

The self-authoring, self-adaptive mind
In this approach, we move beyond the concept of chaos as involving remedial action around simple/complex performance changes and being either rapid or slow. We move beyond generative dialogues with feedback loops or the vicarious pleasure of a “Gamma brainwave” experience of verge-of-chaos excitement and juggling of tasks; beyond the concept of fuzzy or revisable goals, or “luck readiness” and “strange attractors”. We move beyond the idea of “resistance vs compliance”, or the profiling of elements that carry positive or negative attractors. We move instead to the discovery of the real self and the existence of goals behind goals on a meta-systemic level.

Embodied experience of what is real in the chaodynamics workshop communications environment provides data that tells us what we need to know and shows others what they are missing, in non-disguisable ways. It avoids the view of the world as a bleak, hopeless and difficult place that is veering towards its next crisis in a spiral of seemingly-permanent destabilisation, a world where you “just keep swimming” for your whole life. It shows instead what causes the destabilisation, the sense of rudderlessness or of misunderstanding, the agendas for manipulation, the history of decay or disillusion, and shows how to reverse this.

We as coaches  may not be by nature performers or communicators  but the people we coach are in some way usually involved in performing a role and communicating in important ways.  Today few have the luxury of finding a quiet corner to go over significant messages as these are conveyed very much on the move, on the hoof, virtually or by phone, between flights, at the coffee machine, ..

To avoid mistakes, the client needs to have the opportunity to experience in a physical way, get a real “feel” for it on every level. In the embodied workshop I explore with clients an approach  that shifts the focus away from models of coaching and towards the embodied process of communication as we can observe it in others in their own busy lives..

“Suit the action to the word, the word to the action, with this
special observance, that you o’erstep not the modesty of nature:
for any thing so o’erdone is from the purpose of playing, whose
end, both at the first and now, was and is, to hold as ’twere the
mirror up to nature: to show virtue her feature, scorn her own
image, and the very age and body of the time his form and
pressure.” HAMLET Act 3, Scene 2, 17-24

Disease and disorientation
It is arguable that in today’s complex and ambiguous world, in many respects humanity is more and more desensitised, some say we are being led back into our chains in a collectivised hive-mind, human 2.0and that the tribalism we see is designed to operate on our weaknesses.

Hospitals that make you more unwell, lower thresholds that weaken the body and  spirit, technology that buys into depression, old diseases returning, a political or technocratic class that seems to do the opposite of what it says it is doing for our benefit. So how to step outside the confusion and unsettled feeling? 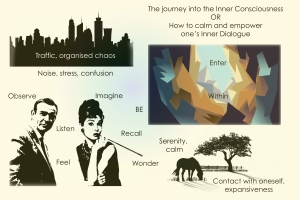 And, what if our (coaching or other) conversation is a kind of atom bomb that completely snuffs out the faint candle of hope that still just glimmers? As coaches we see that emotions and situation such as these are deeply physical and frightening, and that words when used to shame or implicate, or that contain presuppositions about what is “real” or “true” can be profoundly shocking at a deep level.  This is becoming more worrisome in a world dominated by social media and by ambiguous intentions. How to differentiate between truth and illusion, how to stay healthy in our communications?

In Linguistics this is called the difference between the “Illocutionary Act” and the “Perlocutionary Force”.

Any concept of a “lose-lose” in the contracts we forge or the daily dialogues we have with ourselves and others, can affect our mental and physical health and wellbeing.

Ilya Progogine
Nobel Laureate and professor at the University of Texas (b1917 – 2003), he developed the idea of dissipative structures, i.e. coherent space-time systems that are open to an exchange of energy and matter and that require effort to maintain their function and especially to withstand destabilisation and self-destruction.

Chaodynamics is based around the notion that there is a tendency for all organisms natural and unnatural, to dissipate, dissolve, rot, overgrow, gather dust, and return to a more messy, collapsed, mouldy disintegrated or jungle-like state (we can find many metaphors for these) of untidiness just as if you leave a building or garden for ten years these will become infested – and even infected – until a new state is achieved.

To resist this implies a continual EFFORT of will which is also physical, and will require communication if not with others at the very least with oneself.  As mentioned, an organisation has its own inner dialogue that operates within the system to maintain this unsteady equilibrium that can be disrupted at any time. This inner dialogue consists of statements and references to the organisation’s identity and value-system.

Bifurcation
When an energy-rich system reaches a point of unsustainable input, a transformative point is reached where choices are either imposed by circumstance and the efforts of the system to redress its lost balance, or are by selecting sustainable options in order to avoid wasted energy and further disintegration. The more care we put into the framing of this point – importantly, equally so in our embodied states – the better what comes out and how successful the “picnic” that we want to enjoy, will be.

This kind of embodied coaching means maybe not liking the “new person” that emerges!

Life’s not a picnic – Join the picnic!
This paradox implies many things. The approach I use contains many different flexible protocols and possible interchangeable communication phases and sets, and a useful one is in three phases that can be summarised as the Set-up, the Obstacles, and the Options, however I don’t think of this as a model for coaches as much as something to help others to understand. It’s a way of making sense of one-another an of the meta-systems that lie behind our assumptions or presuppositions.

The outcomes-based notion is that – IF we have an ending or goal in mind and that things make sense to us IF we reach that end – our narrative or inner story will be satisfied; however the process-based notion is that the way and its ultimate destination are creative and fluid. The “process” is therefore not a coaching procedure to be followed but a way of “processing” the data that we are currently presented with. 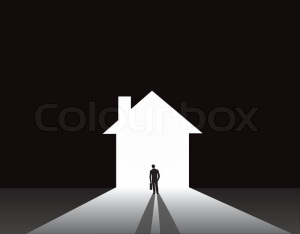 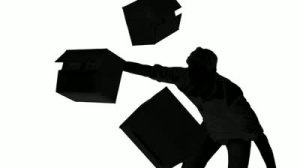 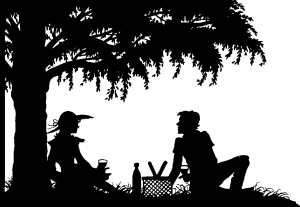 Life is not a constant prepping for a test

Life is not a constant prepping for a test (but a way of sharing a picnic).

Outcomes in life and work are not pre-determined. They emerge through language which can be totally new, actions that feel right,  liberating oneself – and the organisation – from the tendency to collapse inwards, or from the “inner terrorist”, or from the pitfalls of hidden narratives and pre-determined “wins”,  from inevitable decay or the propping up of an apparatus that is failing because overburdened by data inputs. 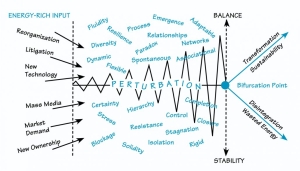 Metasystems and our perspective. 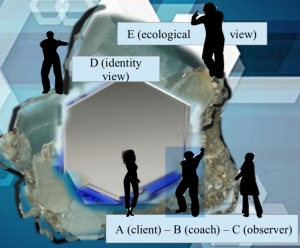