Blog
You are here: Home / Blog / Coaching / What makes a good blog about “confidence”? 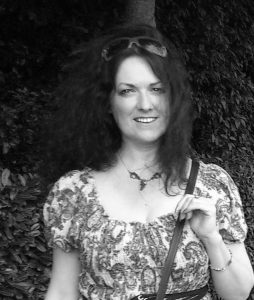 Julia, our expert in voice coaching and performance skills in acting, says:

“I guess the basic thing for attracting people to a blog is – if someone has a lack of confidence – they’ll be looking, not a t blogs which talk about “acupuncture”, but at blogs that talk about “confidence“!!

“Talking about methods is useless without a ‘hook’ of a problem people want to address, such as confidence tools, communicating with confidence,  the projection of confidence…”

She continues: “…..people think acting is different, but it can help with meetings and business in fantastic ways!”

“There’s the issue of confidence…  when feeling nervous, the actual confidence which comes from knowing you can handle a meeting does not imply that the methods a person uses will create total confidence without nerves, but that the adrenaline or nerves are controlled – like a trained animal!”

“I’m thinking of acting as an example… and I did give talks too as a child – it was scary but I did it, the English Speaking Board; you had a prepared talk then the examiner would discuss other things you were interested in and define ONE. It was quite something really! there were other people there too, an audience of family…”

For her – whatever the age – being stuck in front of a load of people and an examiner was daunting… and at PIE we use NLP and hypnotherapy too, to overcome issues.

“The prepared talk was fine, then the impromptu talk was shorter and I recall I had a few minutes to ‘create’ a structure in my head… I was young! I remember my mum in the audience all red faced but proud!  I think that elocution helped because it gave a focus too regarding HOW I was to convey the talk.”

There were the background tools of emphasis and pacing and how to make the voice carry to the back of the room, and the breathing also to control nerves… picking a subject and making it interesting; picking out main points… That is what people identify with!”

“Otherwise a blog is a professional ‘paper’ and detached from their own experience; it is about connecting so they see their own problem in it and see how you’ve addressed it.”

In “the Third Tribe”, Chris Brogan is quoted as saying that the heart of good blogging is addressing people’s pain. Most of us are familiar with the saying “People don’t google ‘aspirin’; they google ‘headache’.”

As coaches, we’re solving the problems that people would google!