Blog
You are here: Home / Blog / Additions to PIE / How do we measure success? 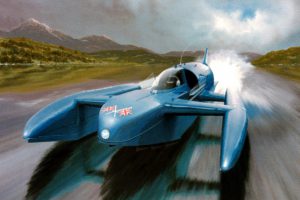 Certainly, from a coaching perspective, it is reaching one’s goals.

The famous holder of the world land speed record (and on water too), Malcolm Campbell, famously said:

“When you have reached your goal, set yourself another“.

His son, Donald, continued the proud tradition of tempting fate and taking speed to the limit.

On that fateful day, on Coniston Water, England, on the 4th of January 1967, Donald Campbell had broken the water world speed record, and he wanted to do even better. He turned the Bluebird, and, fearing a change in the weather, sped across the water once more. Onlookers were horrified to see the boat flying up into the air and crashing down on its back, into the waves. These waves were the remnant of the wash that Campbell himself had created on his earlier and successful attempt.

Some might justifiably say, it’s important to know when you have done enough!

We have met and worked with hundreds of people, some who needed to go “just that little bit further” and others who had a “mountain to climb” or who “made huge improvements in no time at all”!

Our job is, that by giving prompts and tools the client is empowered to make inner changes themselves; the coach is a facilitator, not some kind of guru!

Everyone is a kind of expert who can tell you how to do things and what to do. But actually the only expert on you is YOU.

Just as only YOU can interpret the messages in your dream, 20 people can give the same presentation but it will be different in each case. Some will connect with their audience but others will not? Why is this?

This is where a great coach can make a world of difference.

Acting when the time is right, making the critical decision, knowing when to act and when not to, and acting swiftly and decisively, or taking one’s time to think things through. 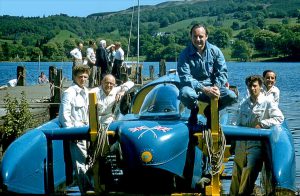 “Hurry boys, hurry, we have to make a quick change or the hour will be up.” – Donald Campbell